Ricardo Garcia: The Power of Repurposing 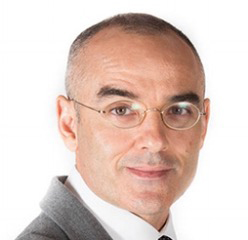 When volasertib was discontinued after an unsatisfactory Phase III clinical trial as an anti-leukemia drug, it did not die a quick death, or die at all. Like Viagra and thalidomide before it, volasertib was “repurposed;” if the original vision for the compound fails, it is simply a matter of finding another vision. Indeed, in the compound found a new life via Ricardo Garcia and his company, Oncoheroes Biosciences, as a treatment for alveolar rhabdomyosarcoma, an aggressive cancer commonly occurring in teens or young adults.

“Our strategy is to bring new drugs into the market as soon as possible,” Garcia continues. “For this reason and in parallel to our discovery lab, Oncoheroes is scouting for compounds from biopharma companies and academic research centers that hold real potential to cure several types of childhood cancer.”

The drug’s path to clinical development, however circuitous, is thanks in large part to continued investment from the NFCR through AIM-HI Accelerator Fund. Volasertib, an inhibitor of Polo-like-kinase 1 (an enzyme well-known to oncologists to be involved in the progression in a number of diseases including cancer), is the first asset that Oncoheroes has in-licensed from original developer Boehringer Ingelheim; Oncoheroes now owns volasertib worldwide and is planning to initiate the clinical development plan for alveolar rhabdomyosarcoma.  In fact, Garcia and AIM-HI are a duo going back to 2018.

“The NFCR’s/AIM-Hi support helped Oncoheroes not only advance our science and strategy plans, but also to convince others to invest in our project,” he says. “We were able to launch the 2HIT project, project focused on developing new treatments for medulloblastoma patients, by establishing a drug discovery lab in Barcelona thanks to initial support received from the NFCR.”

It was through that lab that Oncoheroes’ initiated its first discovery project with the aim to develop a new biomarker-related treatment for medulloblastoma, the most common brain cancer in children, with greater therapeutic effect and lower toxicity.  Garcia, whose son was diagnosed with medulloblastoma when he was six years old, expects to have a preclinical candidate for medulloblastoma by early 2021.

“Our strategy is to bring new drugs into the market as soon as possible,” Garcia explains. “For this reason and in parallel to our discovery lab, Oncoheroes is scouting for compounds from biopharma companies and academic research centers that hold real potential to cure several types of childhood cancer.”