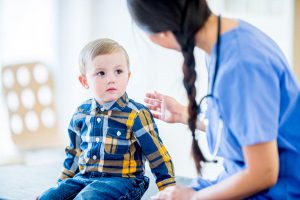 In a proof-of-concept study performed in primates, frozen immature testicular tissue has been successfully used for the conception and birth of a baby monkey. Although human trials are needed before the technique can be approved for people, the study’s results point to potential options for preserving fertility among prepubescent boys being treated for cancer.

“Showing that something works in nonhuman primates is the last and critical step to demonstrate safety and feasibility,” said Kyle Orwig, Ph.D., of the University of Pittsburgh School of Medicine, who led the study. “This is now a very mature technology, and I believe it’s ready to go into human trials.”

Early human studies would take some years to implement fully, but such clinical trials now appear feasible, explained David R. Freyer, D.O, MS, director of the Survivorship and Supportive Care Program at Children’s Hospital Los Angeles, who was not involved in the study.

“This is exciting and opens up the possibility of fertility preservation to a new subset of males, namely those who are prepubertal,” Dr. Freyer said.

No Current Options for Young Boys

About one-third of children who undergo treatment for pediatric cancers will end up infertile—that is, unable to have children of their own. This is due to the side effects that treatments like chemotherapy and radiation therapy can have on the reproductive organs.

“Cancer survivors report to us that their fertility is very important to them; that it impacts their quality of life,” Dr. Orwig said.

Boys diagnosed with cancer after puberty can have their sperm frozen, or banked, allowing them to become fathers later in life. “This is something that’s easy to do, even in the compressed time frame between a cancer diagnosis and the initiation of treatment,” he said.

But prepubescent boys don’t yet produce sperm that can be banked. Currently, no options exist to help these children preserve their fertility.

Research groups around the world have been working on methods to preserve immature testicular tissue or the stem cells that produce sperm later in life. However, to date, sperm production from these techniques has been low when tested in primates. No study to date using sperm from frozen grafted testicular tissue had attempted fertilization or pregnancy.

From Frozen Tissue to Primate Baby

In the new study, the results from which were published March 22 in Science, Dr. Orwig and his team modified several aspects of earlier tissue preservation and grafting methods. They changed the protocol used for freezing testicular tissue to be consistent with the method they’ve been using to freeze testicular tissue samples from patients. They also used larger pieces of tissue for the eventual grafting.

The researchers tested their improved methods in five rhesus monkeys that hadn’t yet gone through puberty. They removed testicular tissue samples from each of the animals and froze them for up to 5 months.

The frozen samples were then thawed and sewn under the skin in both the scrotum and the back. As the monkeys entered puberty, the grafts began producing male hormones.

They then used sperm from frozen testicular tissue from one monkey for fertility testing. Sixteen embryos were created with in vitro fertilization techniques, and eleven were transferred to six female monkeys. A healthy baby was born in the spring of 2018.

A Long Road to Human Results

Future human studies would have a much longer timeline than the monkey studies did, Dr. Orwig noted. The ideal time for re-implanting banked testicular tissue would likely be in a boy’s teen years, he said. “It’s during that time that, under the influence of pubertal hormones, the testes would be growing,” he said.

He imagines that banked tissue would be grafted once a boy entered puberty and allowed to grow until it produced sperm. Then, he explained, that sperm could be removed and frozen, allowing the young man to start his family when he was ready, later in life.

Given the long timeline needed for human studies, patients today should not expect this technology to be proven and fully approved for years, said Dr. Freyer.

“You need to demonstrate that you can successfully re-implant the tissue in patients and that it actually grows [under the influence of male hormones],” he said. “Then it needs to be shown that the sperm are normal and can fuse with an egg to create an embryo that could then be implanted and taken to term as a viable pregnancy. That’s a lot of steps, and years will be needed to accomplish all of them,” he cautioned.

Dr. Orwig and his team have a jump start if a trial is approved. They’ve been banking some patients’ testicular tissue at the University of Pittsburgh for about 8 years. “We actually have some patients who are in about the right stage of their lives where they might be returning to use their tissues relatively soon” if a trial were approved, he explained.

One major concern for future human studies is the possibility that preserved testicular tissue could harbor metastatic cancer cells, explained Dr. Orwig.  If this tissue were removed before treatment and then placed back later in life, it could potentially reintroduce the cancer to the body.

“In the early days of testing this technology, one of the worst things that we could do is reintroduce malignant cells back into a survivor,” Dr. Orwig said.

For this reason, Dr. Freyer believes that attractive candidates for the first trials will be boys who received chemotherapy for reasons other than cancer, such as prior to receiving a bone marrow transplant to treat sickle-cell anemia or a deficiency in the immune system. Later trials could probably safely use tissue from children with solid tumors, such as sarcoma or brain tumors, which are much less likely to spread to the testicles, he added.

Researchers are also working on techniques to ensure that preserved tissue samples don’t harbor malignant cells, explained Dr. Orwig. But for now, there are some cancer types that would preclude reintroducing tissue. These include cancer of the testicles, because in this case cancer cells could lurk in the testicular tissue itself, and leukemia, which spreads widely in the body through the bloodstream, he said.

But with the appropriate attention paid to safety, “I think the body of research does justify starting the process towards clinical trials now,” he concluded.