Children with Acute Lymphoblastic Leukemia Can Skip Radiation to the Brain 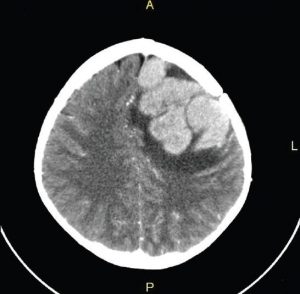 In children with acute lymphoblastic leukemia (ALL), radiation therapy to prevent the cancer from returning in the brain is likely unnecessary, according to a new study. Radiation can even be omitted for children at the highest risk of the cancer coming back, the study showed.

Over the 10-year course of the clinical trial, only 8 out of the 598 children in the study had a relapse that involved their central nervous system (CNS). Six of the 8 children were successfully treated with additional therapies and were still alive at the time of the study’s publication.

“Given the long-term risks of CNS radiation therapy, particularly in younger children, this [study] is really important,” said Nirali Shah, M.D., of NCI’s Pediatric Oncology Branch, who was not involved with the trial.

“We’re at the end of an era,” said Ching-Hon Pui, M.D., of St. Jude Children’s Research Hospital, who led the study. With modern chemotherapy regimens, “no child with ALL really should get prophylactic radiation.”

Results from the St. Jude Total Therapy Study 16 were published October 28 in the Journal of Clinical Oncology.

Survival for children diagnosed with ALL—the most common type of pediatric leukemia—has improved greatly over the last several decades. Before the 1960s, only about 10% of children with ALL were alive with no evidence of cancer 5 years after diagnosis. Today, that number is above 90%.

Ongoing research is now focusing not only on further improving the survival rate but also on reducing the long-term, often lifelong, side effects of treatment experienced by survivors.

Some children with ALL have disease features that put them at high risk of their cancer returning in the brain. Historically, after completing the initial phase of chemotherapy to induce cancer remission, these children have also received radiation therapy to the brain. But this treatment can produce devastating side effects.

“Some [of these side effects] are permanent,” said Dr. Pui. “These children have a lifelong risk of developing a [second] malignancy within the radiation field, mainly within the brain. They have lifelong problems with thinking, memory, and other neurocognitive functions, as well as a risk of dementia. They can also develop endocrine disorders. On average, they [can] lose 10 or 15 years of life,” as a result of radiation therapy, he explained.

In an earlier clinical trial, run from 2000 to 2007, called the St. Jude Total Therapy Study 15, Dr. Pui and his colleagues tested whether prophylactic cranial radiation therapy could be omitted in all children with newly diagnosed ALL, even those at high risk of relapse.

They found that, when they omitted radiation therapy but used intensified chemotherapy, fewer than 4% of children had a relapse that involved the CNS. Overall, more than 90% of children in Study 15 were alive without any relapse 5 years after treatment. In children who normally would have received prophylactic cranial radiation based on their risk of CNS relapse, the relapse rate was lower than what was seen in a previous study among children who received radiation.

Since that study was published in 2009, four other clinical trials have also omitted prophylactic cranial irradiation in similar children “with excellent results,” said Dr. Pui. “But some [doctors] were still skeptical” of omitting radiation in all children with ALL.

In Total Therapy Study 16, the researchers tested additional chemotherapy intensification in addition to omitting cranial radiation. Between 2007 and 2017, 598 children with newly diagnosed ALL were enrolled in the trial.

Of these, 414 were randomly assigned to received one of two doses of a chemotherapy drug called PEG-asparaginase: the conventional dose, or a higher-than-normal dose. This drug depletes an amino acid that tumor cells can use to survive and grow. Some children at high risk of their leukemia relapsing also received higher doses of other chemotherapy drugs.

In addition, for 359 children at increased risk of relapse specifically in the CNS, the researchers added two doses of three other drugs given directly into the spinal cord (intrathecally) at the beginning of treatment.

The full course of chemotherapy lasted for just over 2 years, unless a child’s leukemia returned during treatment or didn’t respond to treatment. At the time of the study’s publication, 92% of the participants were alive at 10 years after diagnosis without any evidence of leukemia.

Increasing the dose of PEG-asparaginase did not improve outcomes for the children in the trial. The risk of relapse anywhere in the body—and in the CNS specifically—was the same in both dose groups. Increasing PEG-asparaginase and the other conventional chemotherapy drugs also made treatment less safe. Overall, 3% of children in Study 16 died during treatment, compared with about 1.5% in Study 15.

In contrast,  the extra two doses of intrathecal chemotherapy did reduce the risk of CNS relapse, but did not substantially increase side effects. Only 1.5% of children with an increased risk of CNS relapse experienced a recurrence that involved the CNS, compared with 4.0% in Study 15.

Overall, out of almost 1,100 children treated in Study 15 and 16, none of whom received radiation, only one child with B-cell ALL and one child with T-cell ALL died because of a CNS relapse, explained Dr. Pui.

The End of Two Eras

In addition to confirming the safety of omitting CNS radiation for children with newly diagnosed ALL, Total Therapy Study 16 also marks the end of an era in terms of intensifying chemotherapy, explained Dr. Pui. There’s unlikely to be more that can be done with older drugs to balance improvements in survival with the side effects of treatment. “We’ve pushed [intensification] to the limit,” he said.

Dr. Shah agreed. “I think what we have to recognize is that there’s going to be a subgroup of patients who, for biological reasons in their leukemia, have higher-risk disease that is inherently resistant to chemotherapy,” she said. “So going higher and higher on the [intensity of] chemotherapy is not going to be the right strategy.”

Going forward, clinical trials in children with ALL will need to focus on learning how best to use targeted therapies and immunotherapies, Dr. Pui said. Some of these types of drugs have already been approved for children with ALL, including the 2017 approvals of blinatumomab (Blincyto), a type of monoclonal antibody, and tisagenlecleucel (Kymriah), part of the first generation of CAR T-cell therapies.

“Now, we have lots to learn. We need to learn how to [best] combine [targeted drugs and immunotherapies], like we did with chemotherapy,” said Dr. Pui. In the future, adding such therapies to initial treatment might help doctors shorten the grueling course of chemotherapy currently required, he explained.

Research is also needed to better understand which children are at high risk of recurrence so they can receive the newer treatment strategies earlier in the course of their disease, explained Dr. Shah. Doctors are now regularly using cytogenetic profiling, which looks for irregularities in cancer cells’ chromosomes and can help identify high-risk disease, she said.

Although children generally are better able to tolerate intensive chemotherapy than adults, they can still experience side effects for the rest of their lives, Dr. Shah added. These can include liver problems, neuropathy (which can lead to problems with walking and running), and infertility.

“We want these children to not only survive but to have normal lives,” concluded Dr. Pui. So in the future, “we need to replace toxic chemotherapy [as well].”