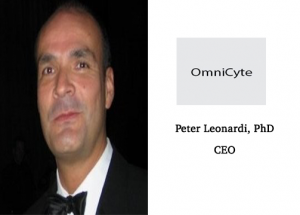 OmniCyte Founder, Peter Leonardi, provides insight into the emerging field of immunotherapy. Immunotherapy is the process that uses the body’s natural defense system to cure cancer. The most popular area is in checkpoint inhibitors, which remove the blockade that defends the cancer cells from the body’s natural defenses. Brett Johnson interviews Dr. Leonardi to discuss OmniCyte’s emerging technique that involves the enhancement of the body’s ability to attack cancer.

Peter Leonardi: Cancer immunotherapy, or immune-oncology, is the use of the body’s immune system to fight cancer. The body has an innate ability to fight cancer and does so unnoticed. The problem comes when it’s not working, or it is prevented from working, at which point an individual can develop cancer.

BJ: So immunotherapy is a new type of therapy involving the body’s capacity to fight cancer?

PL: Exactly. In some cases, the cancer or tumor has mutated to the point where it can evade the normal immune system that would have prevented it from proliferating.

What is also interesting is that now that we are able to perfect this technique, we can now begin to work on activating the body’s capacity to fight cancer.

Right now, there are a lot of amazing new developments to remove blockades that the cancer has put up to protect itself.  As we go forward using our technology and other T-cell-activating technologies, we can activate the immune system, making it stronger than it would have originally been to fight cancer. Essentially, there are two parts to the process: removing the barriers and activating/strengthening the immune system.

BJ: How long has this technology of removing barriers been in development, and what’s the status?

PL: It’s been in development for the last 10 years or so, but it’s only been within the last year that we’ve seen products make it to the market.

One of the big public introductions to the technology was when Jimmy Carter was diagnosed with brain cancer. Most likely, he would have died had he not undergone this new treatment. The treatment that he received was a checkpoint therapy that removes the blockade that the cancer has built. The tumor uses a normal system via the checkpoint pathway, and exploits it, allowing it to invade the normal immune system. Checkpoint therapeutics block these receptors.

BJ: Who are some of the leading companies in this field?

Pl: Bristol-Myers Squibb and Merck are two of the big ones. These are already blockbusters, despite being on the market for only one year. You’ve probably seen advertisements for them.

BJ: It’s truly an exciting area. Have you seen any new companies active in this space?

PL: Like with most highly successful therapeutics, there are a lot of “me too” companies out there. More and more firms are recognizing that they can block these checkpoint pathways; but there’s also new companies producing the next generation of immunotherapies. Those are the ones that are making the activators of the immune system.

A few new companies in the field are Kite and also Juno –who are both making T-Cell therapies, wherein, instead of just removing the blockade, the therapy stimulates the specific killing of the tumor.

BJ: Have these companies had any big successes in the public market?

PL: Yes. Juno is the best example. Juno has a market cap somewhere in the range of $5B and they are only a couple of years old.

BJ: Do they have a product on the market now?

PL: No. I believe they are in Phase II clinical testing, which isn’t very far along. They recently had a partnership with Celgene involving trials where, unfortunately, three patients died.

An event like this brings out some cautions and concerns about immunotherapy, which is safety. This is something about which OmniCyte is concerned and we believe our product has a very good safety profile. In the past, many thought, “It’s cancer, don’t worry about safety. We will treat the symptoms.”

Now, there is a new realization that the symptoms can be severe, particularly when immunotherapies are combined, resulting in greater immunotoxicities. We are very happy and comfortable with our therapeutic. We believe in its safety because it is targeted, in contrast to other therapeutics that have a very broad effect on the immune system.

BJ: You are one of the founders of OmniCyte. Tell us a little about how it got started.

PL: My partner, a professor at NYU, and I started this company a few years ago, working on a different cancer technology, but we have always been addressing unmet needs in cancer.

We became interested in the cancer immune system through working with oncolytics – otherwise known as viruses originally believed to function by preferentially attacking tumors. Now, we understand them better as activators of the immune system.

We distilled the components responsible for activating the immune system from the oncolytic viruses, and we made them in a recombinant fashion so as to address numerous types of cancers through therapeutic engineering.

BJ: Have you had any clinical success in terms of animals?

PL: We are still working with animals to verify some of the constructs made in the virus-like particles. We are transitioning from what had been a virus to the recombinant, re-engineered proteins.

BJ: In what stage is your company?

PL: We are pre-clinical, but we believe we can be clinical in as short as a year, depending upon a number of different factors, mostly funding.

BJ: What do you see as the ultimate pathway to commercialization?

PL: We believe we have a breakthrough technology. Therefore, we have hopes of getting to the market quickly. With cancer, there are sick patients in the first clinical trial, so we hope to be able to be effective in the not-so-distant future.

BJ: Could this product be on the market in three or four years?

BJ: What does the company need now? Where are you in the process of capital raising?

PL: We are looking to fund the last proof-of-concept experiments, prior to a Phase I study. We estimate that it will cost us somewhere close to $6M to complete Phase I.  Of course, we are able to do this in a step-wise fashion, so it will be a lot less money to get to the near-term milestones, since proving the concept will allow us to raise the remaining amount of money to get to Phase I.

BJ: How have you funded the company to date?

PL: We’ve been funded by the NCI, through SBIR and STTR grants, and also through foundation grants, in addition to funds raised by myself and the other founders.

BJ: How much has gone into the company so far?

PL: It’s difficult to put an exact number on it. Some of the work was done at the university-level only with NYU. Other work involved grants that were spent between the university and the company, while other work was completed on our own.  I would estimate that $1M has gone into company-specific work.

BJ: What do you think is the upside for the company if this works?

PL: We believe this is very revolutionary, particularly in the areas of unmet needs like ovarian, small cell lung cancer, pancreatic and other types of unaddressed cancers. As far as return on investment goes, it’s huge.

The immunotherapy market is projected to become a $34B market in the next 8 years. While there are some technologies and companies already in the market, many of them are focused on the blockade side of the technology. Those companies involved in the immuno-modulation side, are still very early.

BJ: Who would you say is the leader in the activation side?

PL: Certainly the CAR-T companies, like Juno, who is in Phase II. However, there are a lot of limitations with the CAR-Ts. They’re not natural, and are made outside of the body, thus leading us to conclude that there are some limitations.

BJ: Is your therapeutic made inside the body?

PL: Yes. It is analogous to natural activation. Our activation is not only through T-Cells, but also through the innate immune system, which includes the NK cells. We believe that these two pathways, together, are important for strong activation in the immune system.

BJ: Is the intellectual property owned by NYU or is it yours?

PL: The intellectual property is ours, developed in-house.

BJ: Do you have strong patent coverage?

PL: Yes, we have great patent lawyers. We put a lot of time and money into our PCT applications and are developing new applications as we have new composition matter.

BJ: Terrific. It sounds like a very exciting enterprise and we appreciate you taking the time today to share that with us.

PL: My pleasure. Thank you so much for your interest in what we’re doing.